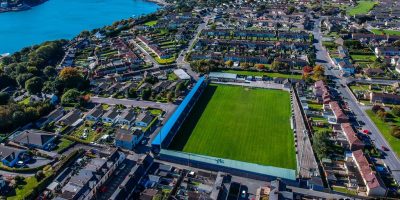 Cobh Ramblers Cooperative Society Limited has become the newest member of the Irish Supporters Network (ISN). Image credit: Ciara Aherne The cooperative was formed last month (June 2019) and aims to re-establish strong community ties and partnerships within Cobh town and Cork more broadly. “The new Board of Cobh Ramblers recognises the importance of greater engagement with our local community and re-igniting the great amount of goodwill that exists for the…

League of Ireland clubs doing their best to keep fans engaged and entertained in hopes they can return to grounds soon https://t.co/hDRsZVnF70

Well said... there is no place for online abuse in football

Reply on TwitterRetweet on Twitter1Like on Twitter7Twitter
Load More...

The Irish Supporters Network, along with CRISC and YBIG Mandate, are canvassing opinion on supporters returning to live football in Ireland.

Please take a few minutes of your time to complete the short survey below and all Shares / RTs are much appreciated! ... See MoreSee Less

Fans Survey: Views on Return to Stadia in Ireland needed

The Irish Football Supporters Partnership (IFSP) represents fans on FAI Council and is currently working with the FAI on Return to Stadia protocols. This survey aims to understand how supporters feel about measures that will allow us to return to live football in time. All responses are appreciated....